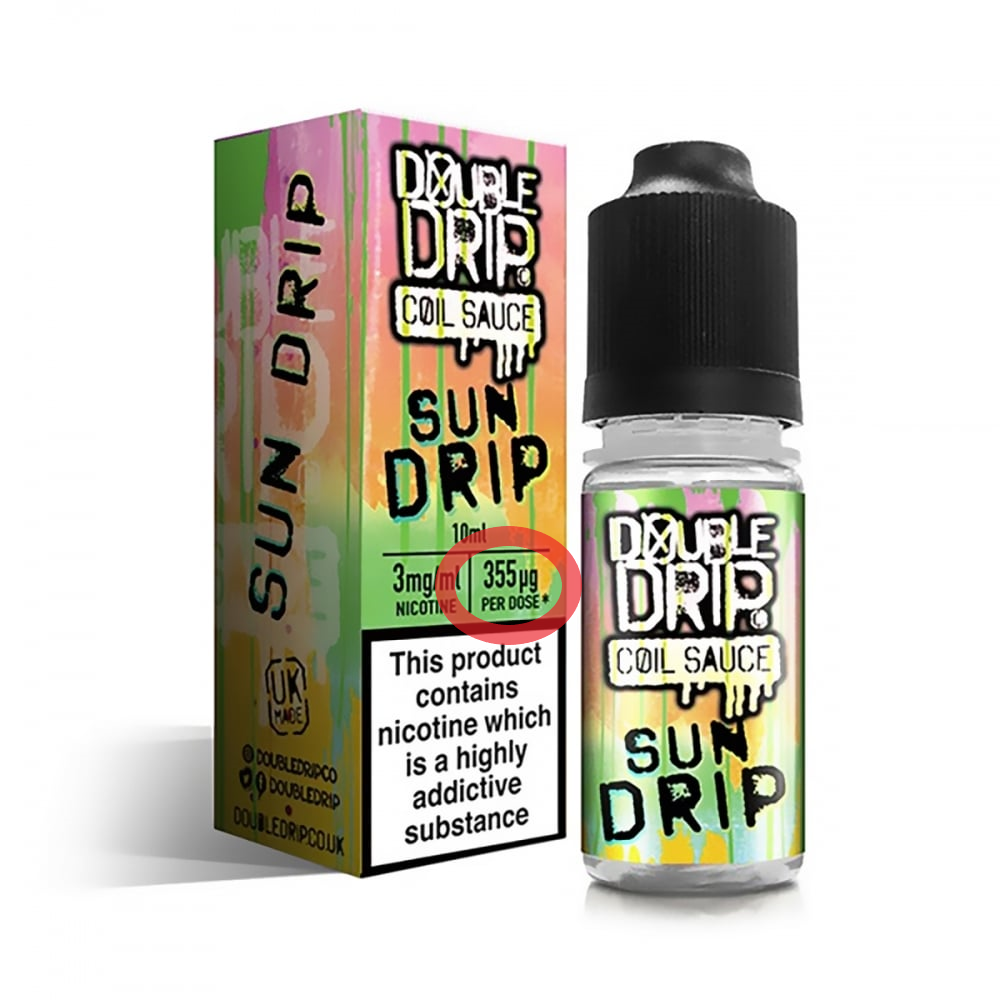 You may have noticed that some e-liquid bottles display a nicotine-per-dose or per-puff figure on the label, and that this amount can vary even between two e-liquids with the same nicotine content.

These nicotine-per-dose figures come from independent batch testing of each e-liquid flavour, where we do not know:

This means that in order to get the exact dose of nicotine stated on the bottle, you would need to replicate the exact conditions under which the e-liquid was tested, and this is something that we don't know. This makes the nicotine-per-dose figure on the bottle fairly useless information for you, the vaper, because